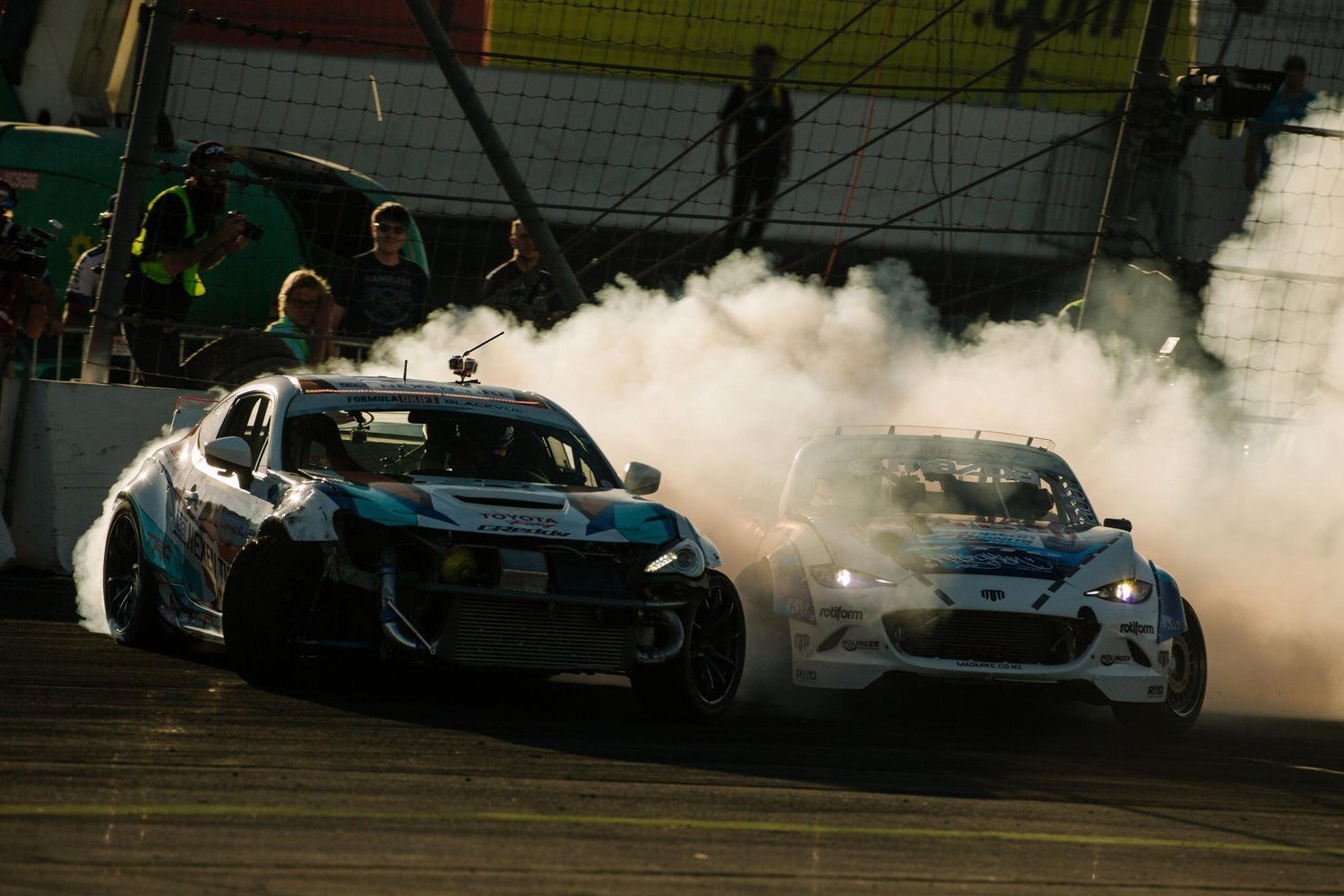 It’s either checkers or wreckers

It’s either checkers or wreckers

WATCH: Recap from the Formula Drift Grand Final at the ‘House of Drift’. We had RADBUL fired up and ready within the allocated time – Unfortunately after sitting on the grid for a few minutes with a damaged radiator / line it got hot and started to leak a little water (not oil as I believed at the time), due to the rules this knocked us out of contention to fight any further in the World Championship standings. We still moved on to take top16 points with RADBUL – but were unable to battle – giving Tuerck a bye run. We accumulated enough points from the USA, CANADA & JAPAN rounds to finish 3rd in the FD World Championship overall, we also came away with Spirit of Drifting and Best Personal Style Awards.
[ad_2]